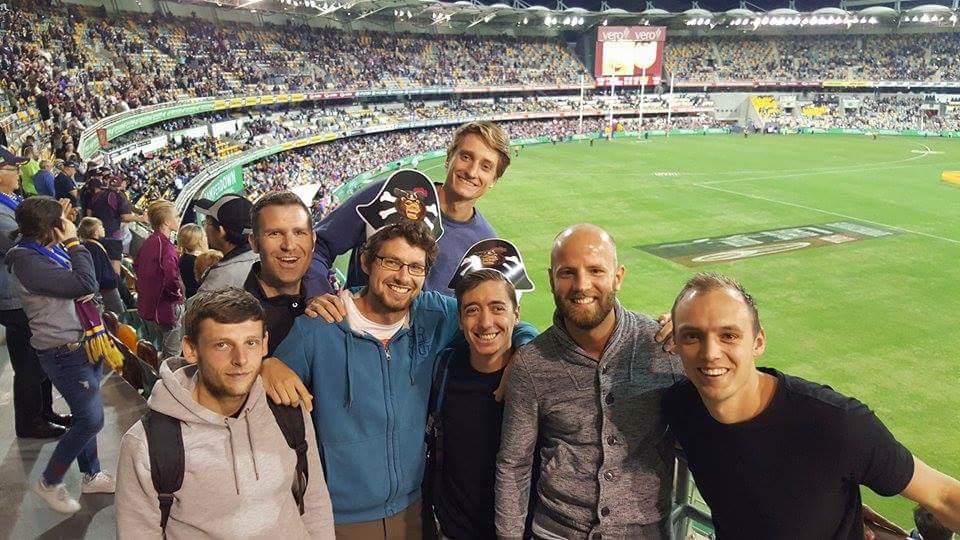 My last two weeks in Australia have been fantastic! This post will be kind of a small recap of the people I met in these last days. I didn’t do anything extraordinary, but the friends I made will be people I’ll keep close to heart!

After our 7 day road trip from Darwin to Brisbane, Alessandra, Tim and me moved in to the Banana benders hostel. This hostel was the best hostel experience I’ve had in Australia. Everyone in the hostel was really welcoming and we were able to create our nice little family. Kung fu workshops, AFL game, clubbing, Game Of Thrones nights and boardgames became our activities.
Brisbane was a last minute decision, but ended up being one of my highlights from my entire trip so far!
Tim, Alessandra, Joep, Decirée, Xenia, Jacob and Channi, it has been a great pleasure, and I really hope our paths will cross again!

After one last night out in Brisbane, no sleep during the night and a 14h train ride, I arrived back in Sydney. Here is where I would end my trip in Australia and fly to Auckland, New Zealand. This was the perfect opportunity to catch up with my Wallace friends! Sushi night, Ma La Tang and beers were priority arriving back at Wallace. Ok, winter shopping was maybe the most important activity in Sydney.
Again, after one last long night of drinks, three hours of sleep, I was able to catch my plane to my next country: New Zealand!

In the meantime I’ve been hitchhiking already for a big part through the North Island with my buddy, Jens.
But I’ll describe those experiences in detail in my next post 😉